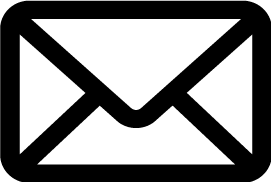 Everyone is talking about it. It is the trendy drink. But, the history of kombucha goes back more than 2000 years. Although it is somewhat uncertain because no document is preserved with the K-day, which is the day the drink officially emerged, the first time this drink was known was in China two millennia ago, during the Qin dynasty (221 B.C.). It is said that Emperor Qin Shi Huangdi was the first to make and drink kombucha. About 200 years later, the drink would acquire worldwide fame after a Tibetan monk named Kombu – who eventually gave the drink its name – gave it as a gift to the Japanese emperor Inkyo who, after drinking it, was cured of his digestive discomfort. He liked it so much that the drink spread throughout Asia. Japanese warriors and famous samurai took kombucha to their battles for more energy.

From Asia, the drink traveled along the Silk Road to Russia and then throughout Europe. It was a very popular drink that was brewed and consumed at home until the World War II when sugar and tea shortages hit, which were rationed and its consumption was considerably reduced. In the 1960s, Swiss scientists analyzed the drink and confirmed the benefits of its consumption, giving it a new impetus among consumers.

Kombucha has survived over time because its advocates have been able to verify, in their own skin, all the benefits it brings them, such as the contribution of probiotics that improve their digestions or the detoxifying effects they experience after drinking it.

The drink passed from hand to hand at home. It has been marketed in the United States for almost two decades and it has experienced a significant boom in Spain since Mūn Ferments began to produce and market it in 2015. The company founder’s determination to solve his health issues led him to investigate and find kombucha as a solution to the discomfort caused by Gilbert’s syndrome, which he was diagnosed with in his childhood. Jordi Dalmau decided to put aside his engineering profession to start the production and commercialization of the first unpasteurized kombucha that is totally stable at room temperature. The production process carried out by Mūn Ferments achieves a drink with practically no residual sugar, which means that it does not need refrigeration to control possible refermentation.

In addition, Mūn Ferments kombuchas contain only top-quality ingredients, absolutely natural and with organic certification. In this way, they manage to offer their consumers the best kombucha on the market.